It is a norm that Indian cities all of them boast of having the longest flyover, the largest bus terminus in Asia and of course that Asia’s biggest mall. Nobody would ever know if any of those claims are true indeed.

We do boast of our natural habitats too, almost every city believes that it’s a city of lakes, rivers, and gardens. This definitely can be validated. Whether its Hyderabad, Chennai, Kochi or Bengaluru, it is a fact that these cities had well laid out waterways, beautified public gardens and more. Over the years with rapid urbanization, most of these natural habitats have fallen. There are still some lakes and parks that can be effectively conserved, however, thinking about conserving them isn’t just enough and it needs “concrete” efforts on the ground.

Lack of information on our lakes and its inaccessibility to the public is seen as a major reason to why they are subjected to such modern-day abuse. Most of our lakes are off limits to the common citizen. Our lakes thus turn into dump yard for all anti-social activities. Sewer trucks beeline to our lakes to dump septic tank waste, infra trucks line up to dump construction debris, small-scale vendors drop off their daily waste and to top it all our everyday sewage freely flows into our lakes. If the lake remained as a social cluster where one could swim or drink water from, this disconnect that we see today would not have happened. Connecting people to nature is the need of the hour.

Chennai was once home to several water bodies; today the city is battling to hold on to those that remain. The Karasangal Lake in the South Western suburbs of Chennai is a fine example of how citizen movements can conserve critical habitats. A 36-acre water body that is cut in half by the Vandalur-Oragadam industrial highway, the Karasangal Lake was once a feeder to the paddy fields below. A perfect buffer between the large Manimangalam Tank and the mighty Adayar River, this lake was an important recharge structure.

The changing population, land use and climate have had its impact on this water body too. However, the persistent bird life and the abundant reptile population in the neighborhood is clear indication of all is not over yet. Exactly why citizens in the region got together and have worked on this lake over the last two years to revive this water body completely. The Environmentalist Foundation of India (E.F.I) and its volunteers scientifically restored the Karasangal Lake in 2017. A collaborative social effort aimed at reviving the water body from its state of neglect.

The efforts included deepening the water body by removing excess silt; contour desilting through which recharge structures were created at 16 points across the lake. The existing bunds were strengthened and new earthen bunds were created to ensure effective water storage. The road facing sides of the lakes were neatly fenced to prevent future dumping of garbage, the inlet and outlet water channels were regulated to ensure balanced water flow. The earthen bunds have been planted with native Indian tree saplings ranging from Neem, Pongamia, Marutham and Neer Maruthu. Palm seedlings have been planted along the bunds and are fast growing. The local communities participation is key to sustaining the effort in conserving the lake. That is being done through several interventions ranging from street art, orientation programs, and public campaigns.

The restored lake today is holding 84% water to its capacity and is home to nearly 13 different kinds of birds, several snakes, frogs and more. By supporting groundwater penetration and localized temperature regulation the lake is a fine habitat. From its neglected state as a roadside waterhole to a thriving habitat, the Karasangal Lake is a fine example of what is possible when we all come together for field efforts.

Science and logic based conservation is the only way forward in building a sustainable future. 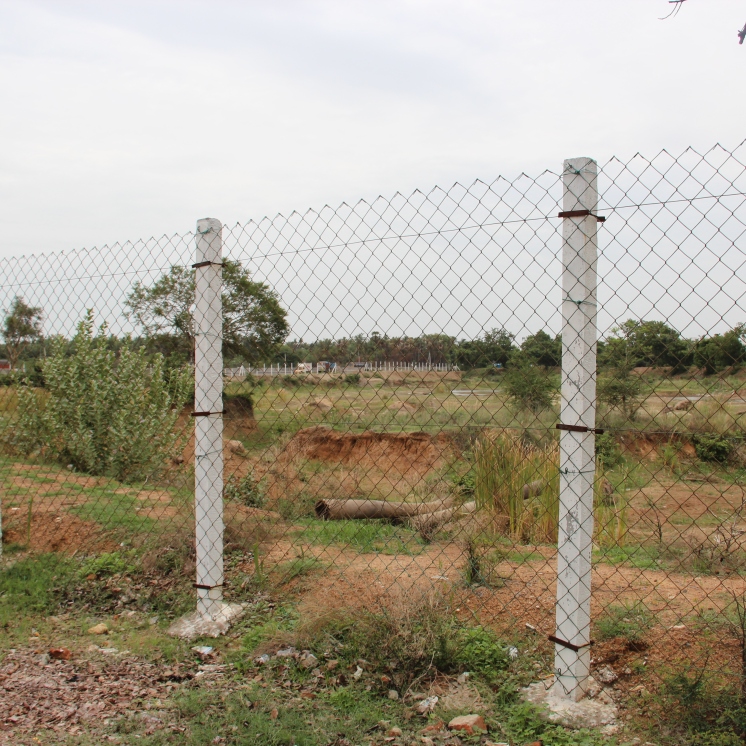 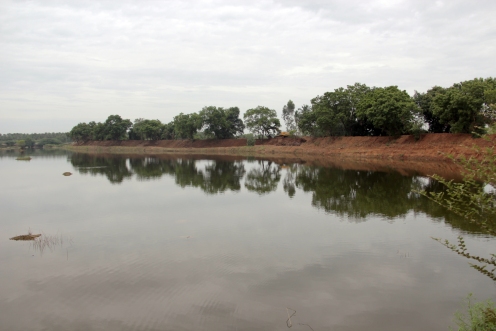