Ramachandra Nagar Pond was a pristine water body measuring an area of 2 acres in the centre of Madhavaram located at Chennai North. But sadly this non-systematic pond was encroached by construction of concrete buildings on the periphery of the pond.

The pond got reduced in size due to constructions on it. Tonnes of garbage were dumped into the pond and sewage water from the residents was discharged directly into the pond lead to the pollution of the water body and thus causing diseases to the people surrounding the pond.

Encroachments on the pond

E.F.I took on the task of restoring 7 water bodies in Madhavaram, North Chennai. Among them, Ramachandra Nagar pond was one in which the restoration was done through scientific approach along with collaborative community based conservation efforts.  E.F.I. restored it with three recharge pits that are interconnected with a single channel and helps to fill in with water equally.  Hence this pond was declared as a proper model structured pond. The local bodies were informed on the restoration and they were given immense knowledge on the importance in conservation of water for the future. Restoration was started in the month of July and completed by the end of the month. 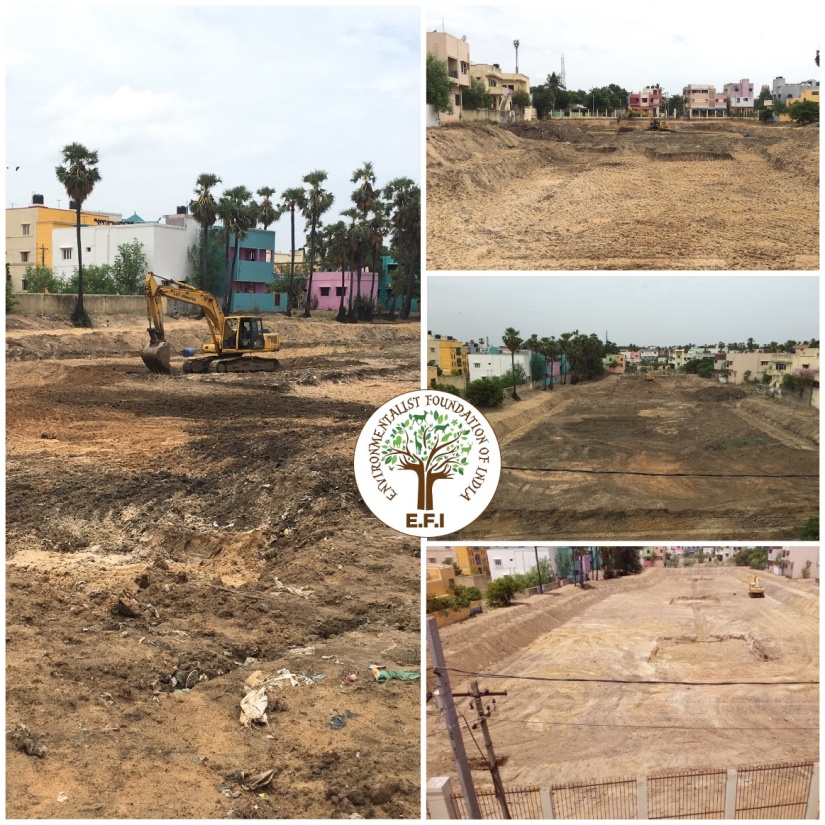 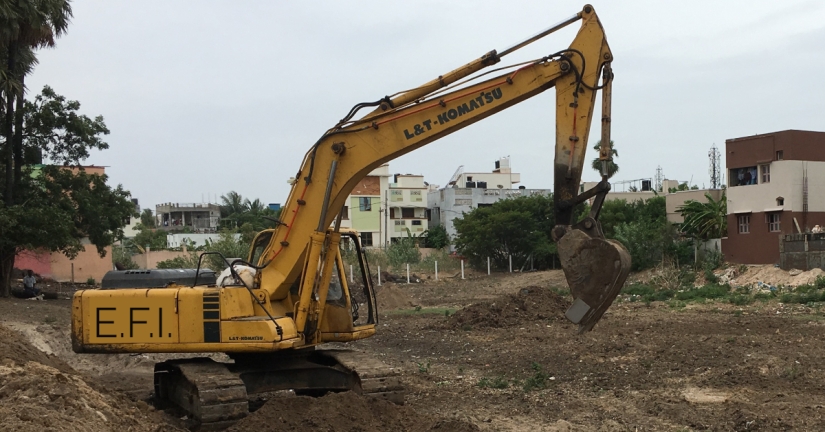 Voluntary pond clean up was done with the local community especially young children who are nation builders of tomorrow. They volunteered with a single motivation of bringing back the pond to its original state. At last they achieved their goal by removing 1 tone garbage from this pond. 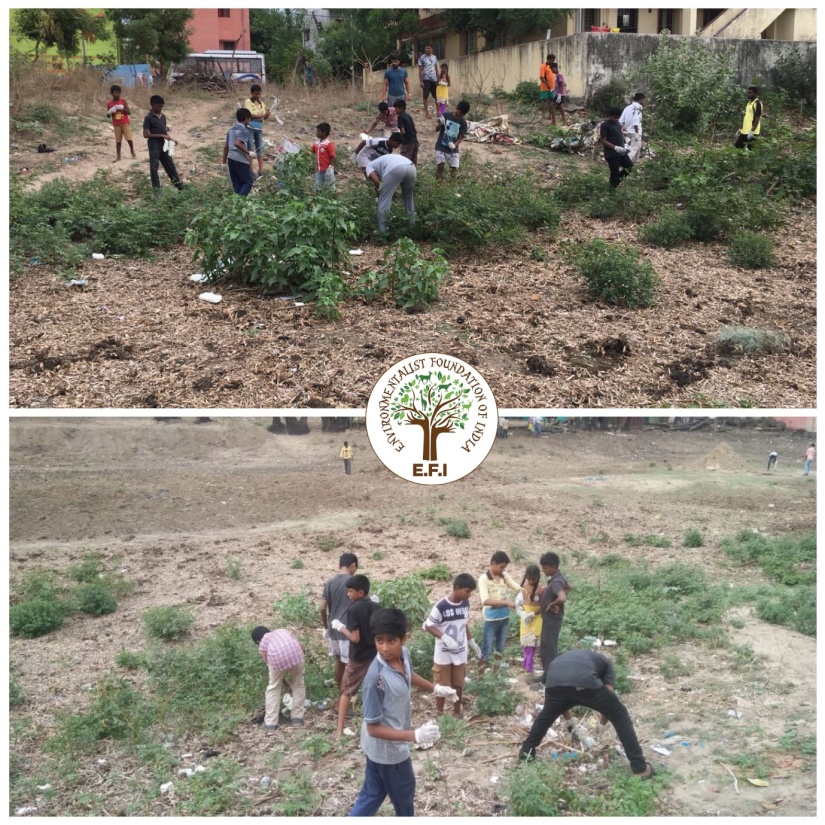 The public participation in ecological pond walk was amazing and we indulged in knowledge sharing about the pond ecology, hydrology, engineering aspects that made them cherish the pond.

Wall paintings were done around the pond by young aspirants to give the public a glimpse into the importance of the water bodies. 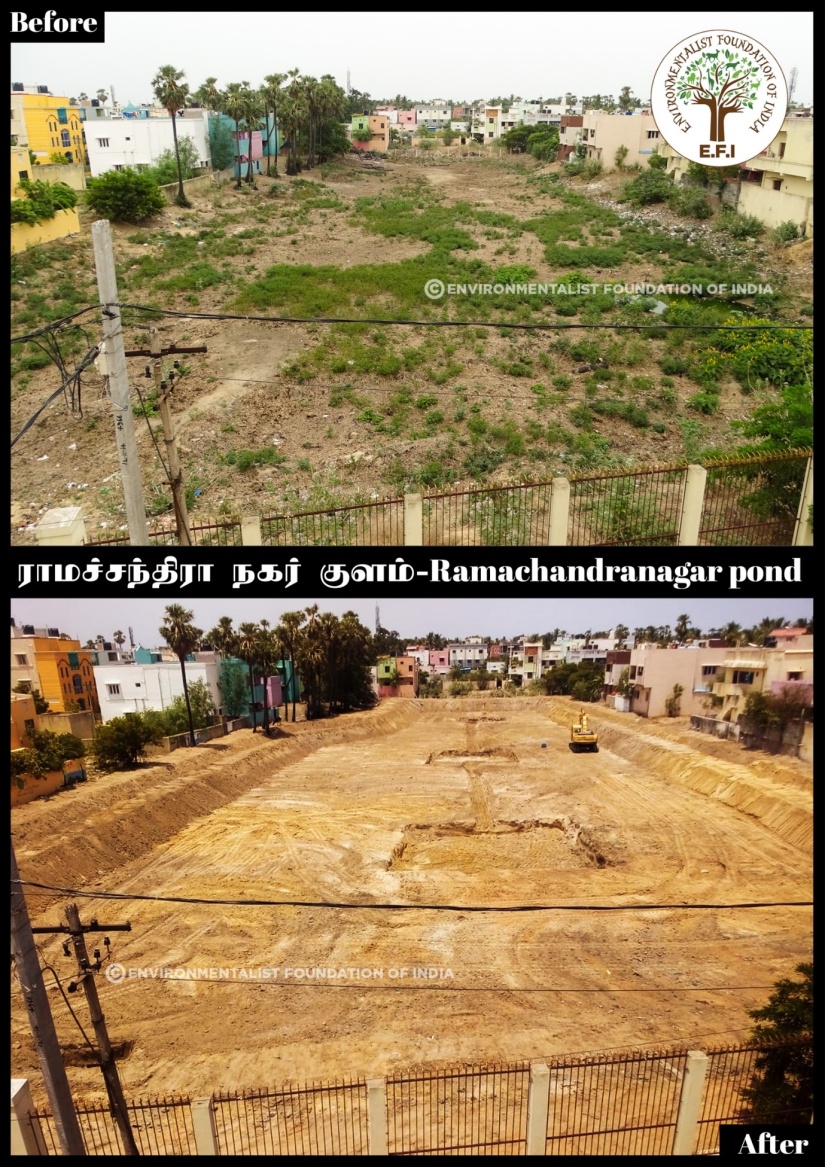 Lakes of India is an E.F.I initiative aimed at sensitizing the larger public on freshwater habitats across the country. A blog platform where one can read about lakes across India. You can become a guest blogger to write about a lake in your hometown and initiate an action to protect that lake. View all posts by LakesOfIndia