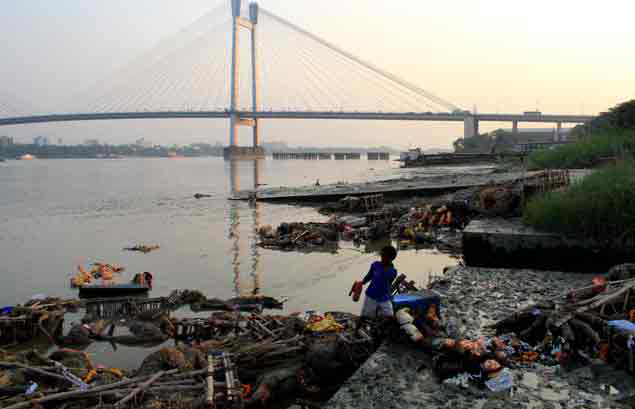 Study on Ganga At Howrah, Shibpur

The river Ganges also known as Ganga is the Life of West Bengal as well as India due to the wide ranges of services giving by the river Ganga. Now a days, Ganga at West Bengal is becoming the one of the polluted rivers containing the most of the toxic elements and contaminants at a high rate due to the sewage and wastes releasing from the towns and industries at its banks

Rapid biodiversity of the Ganga had revealed that the distribution and density of key aquatic species such as the Gangetic Dolphin,Wallago attu, hilsa, the gharial and the mugger had in earlier years, significantly reduced because the loss of suitable habitat conditions, and change in the river’s morphology due to the construction of dams and barrages, bank alteration, agriculture and sand mining.