Possibily derived from the words, ‘Hebba’ meaning ‘big’ or ‘large’ and ‘Halla’ meaning ‘deep’ in Kannada, this lake lies in the Hebbal region to the north of Bangalore

In the 16th century, Kempe Gowda established the city of ‘Bendakalooru’ now known as Bangalore, the capital city of Karnataka. Kempe Gowda was a wise and celebrated ruler, loved by his people. Like most lakes formed during his time, this was an artificial one, made by constructing bunds. Kempe Gowda made sure all his lakes were interconnected, so that excess water from one lake flowed into the next one and no water was wasted, a pretty good decision on his part as a ruler. If he were alive today, he would hardly be able to recognize his beloved city! 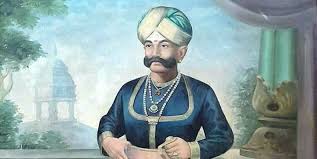 Recently, Bangalore was listed as one of the cities most likely to run out of the water by BBC. How did this happen? How could a city which receives about 1000mm of water every year be on the verge of a massive water shortage?
Well for starters, because of encroachments, the city’s lakes lost most of their interconnectivity and its abundant resources started going to waste. This was due to the recent population surge Bangalore experienced as it developed as an electronic city.

Hebbal Lake suffered from a massive sewage inflow until it was salvaged by concerned citizens. It was once subject to heavy pollution and eutrophication -but now there are migratory birds visible in the vicinity and a newly constructed jogging path. EFI and several other organizations worked with volunteers to clean up the plastic surrounding the lake and inside it. The sewage from the lake, which is ideally supposed to go to water treatment plants was diverted to another location, a temporary solution of course…( But for how long?)
Then the lake was desilted and the accumulated sludge (which was not of fertilizer quality) was used in the construction of a jogging path. Islands were created (3 visible in the image) to attract migratory birds and provide a haven to the wildlife there.

In 2004, the Lake Development association decided to lease the lake out to different companies so that they may help participate in the lake maintenance. These companies wanted to turn the lake into an eco-tourism park with boating and other activities so the citizens will be more involved in its preservation. But the citizens protested saying this would interfere with the wildlife around the lake.

Right now, the lake is in a better state than it was in about two decades ago and is particularly beautiful in the mornings. However, there is room for improvement.